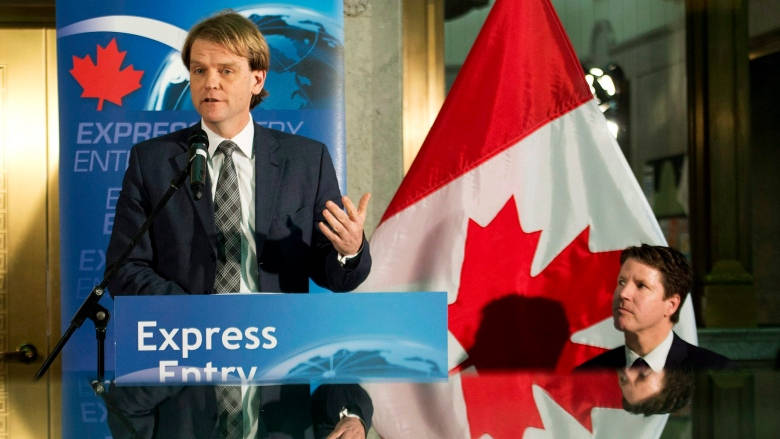 3,500 Express Entry candidates invited in latest invitation round held on May 9 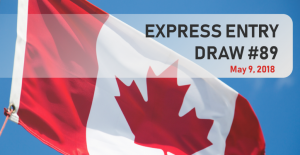 A new Express Entry draw has issued 3,500 Invitations to Apply for Canadian permanent residence to candidates with a minimum Comprehensive Ranking System (CRS) Score of 441.

Conducted on Wednesday, May 9, the draw maintained both the same number of Invitations to Apply (ITAs) issued and the same CRS cut-off score as the previous invitation round on April 25, which was the lowest CRS cut-off score to date in 2018.

It is worth noting that seven of the first nine draws of 2017 saw more than 3,500 ITAs issued. Given that Immigration, Refugees and Citizenship Canada (IRCC) has set admissions targets for both 2018 and 2019 that surpass the target for 2017, this could result in draw sizes increasing, or draws eventually becoming more frequent, in the months to come. 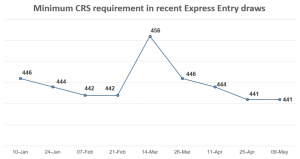 To find out if you are eligible to enter the Express Entry pool, fill out a free assessment form. 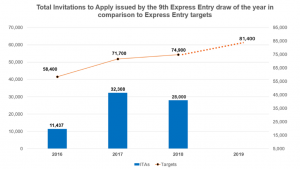 As we’ve witnessed recently, larger draws can have the effect of lowering the CRS cut-off score, or keeping it lower than smaller draws.

IRCC once again employed its tie-break rule in this latest invitation round. The date and time employed in this round was December 12, 2017 at 01:51:38 UTC.

“Today’s draw was among the largest of 2018, which was good news for the 3,500 candidates invited to apply for Canadian permanent residence. Today’s draw was also significantly smaller than some of the draws that we saw in early 2017.”

“We look forward to the upcoming draws and seeing how IRCC will reach its larger targets for this year and next.”

The following are hypothetical examples of candidates who would have received an ITA in today’s invitation round.

Raul is 28 years old and has a three-year college diploma. He has been working as an advertising consultant for four years. Raul has an advanced English language proficiency, and has never worked or studied in Canada. His CRS score of 441 would have been sufficient to obtain an ITA in the most recent Express Entry draw.

Sanjay is 35, has a master’s degree and scored an 8 in each category of his IELTS. He has been working as a teacher for the past six years. While Sanjay has not worked or studied in Canada, his CRS score of 445 would have been sufficient to obtain an ITA during the most recent Express Entry draw.

Sarah and Lyron are married, 29 years old and have advanced English language proficiencies. They have been working together as graphic designers for three years. Sarah has a bachelor’s degree and Lyron has a one-year diploma. Sarah entered the Express Entry pool as the principal applicant. While neither has ever worked or studied in Canada, Sarah’s CRS score of 441 would have been sufficient to obtain an ITA during the most recent Express Entry draw.

Isabelle is 34 and completed her bachelor’s degree in Canada. She wrote the IELTS and scored a 6 in each category. She has worked in Canada for two years, since graduating, as a retail manager. Before coming to Canada she worked as a restaurant manager for three years. Her CRS score of 442 would have been high enough to obtain an ITA during the most recent Express Entry draw.

The CRS Calculator allows you to find out what your score would be under the CRS.

To find out if you are eligible to enter the Express Entry pool, fill out a free assessment form.

What is GCMS? Learn How To Order GCMS Notes. 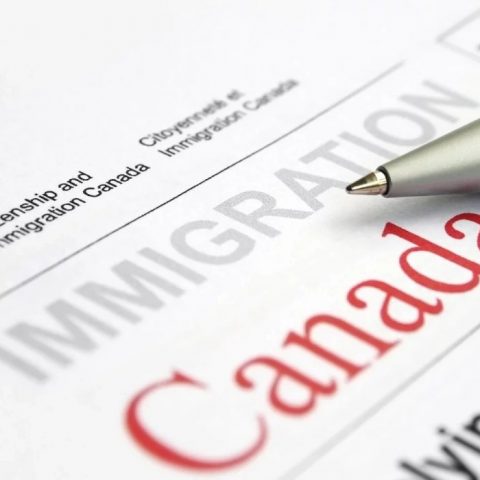 All You Need To Know About Canada Immigration 2018 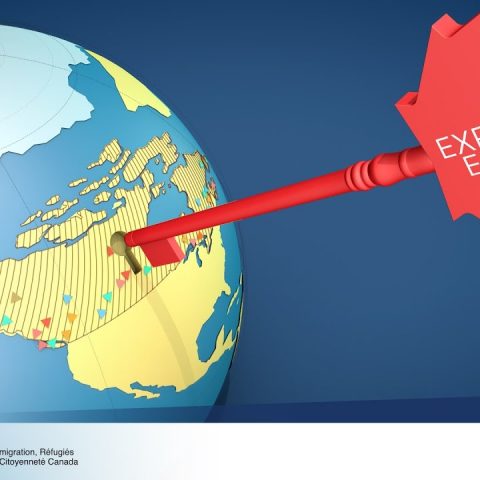 What is GCMS? Learn How To Order GCMS Notes.